Thought I’d finally feature another of Will’s mosaics. This one is totally different from the first piece I featured a while ago, the one that we refer to as the “Green River” mosaic.

Will started this piece spontaneously, without a real plan. And really, that is often a wonderful way to start, open to possibilities and surprises, cutting dishes and fitting pieces intuitively.

He began with the small blue arc and from there created the larger blue wave-like arc. All of the mosaic bits and pieces are made of plates, and the blues are a mixture of various blue plates, patterned and textured. It’s a mosaic style that we both work in, called Pique Assiette, which basically refers to a style of mosaic created from dishes. 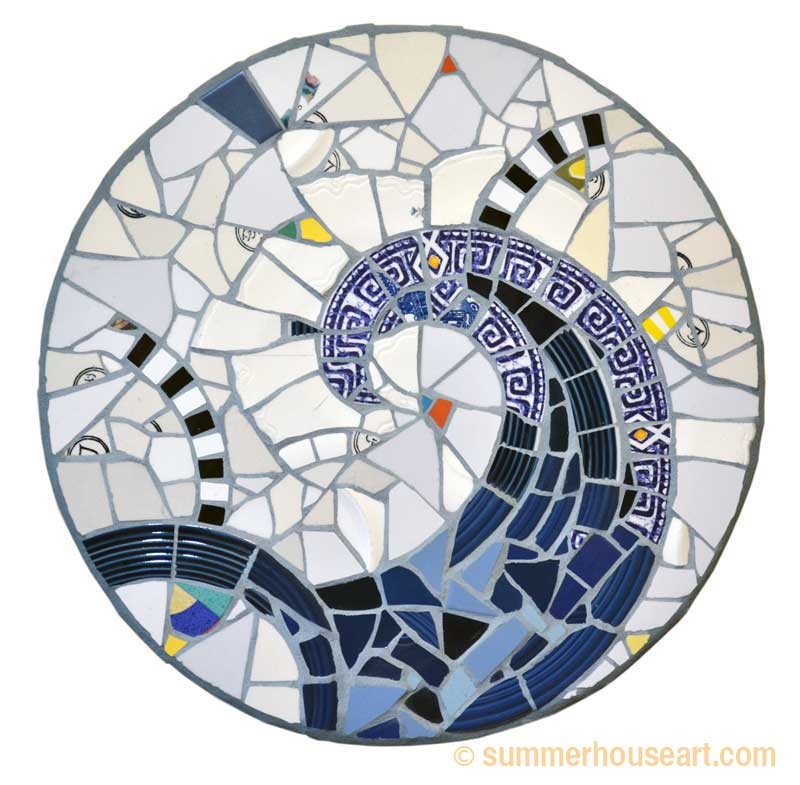 The arcs in place, he then decided on filling in the space with various whites, culled from different plate centers and even parts of the makers logos printed on the underside. 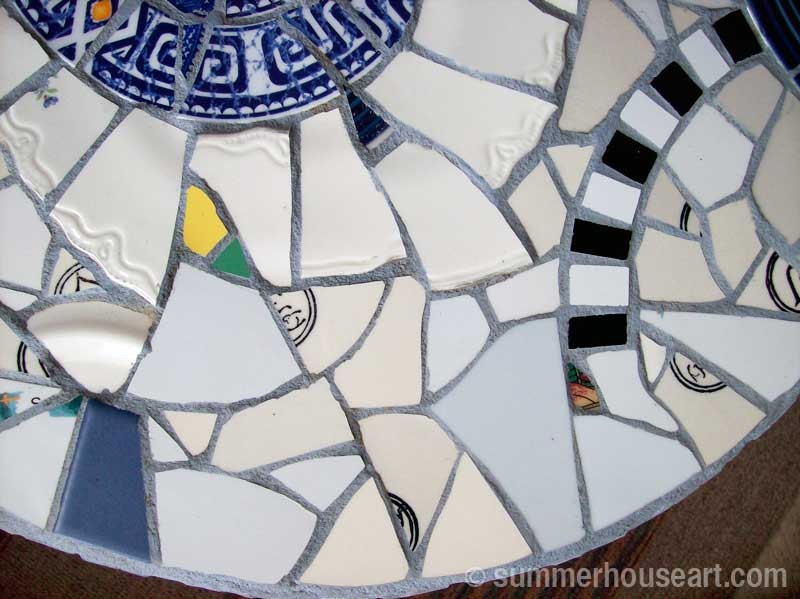 At this point it becomes more of an intuitive exercise, mixing the textures and the varying white shades, creating visual interest. The little rows of black and white squares arc off the main blue arcs. And then to lead the eye and give the whole composition another element, pops of color were included in the white areas.

On the whole, the piece has, for me, endless fascination. The name was spontaneous too, coming to him as he surveyed the finished piece. He titled it “ Blue Fandango”, and it does suit, I think.   It also was made to be both table top and a wall piece. 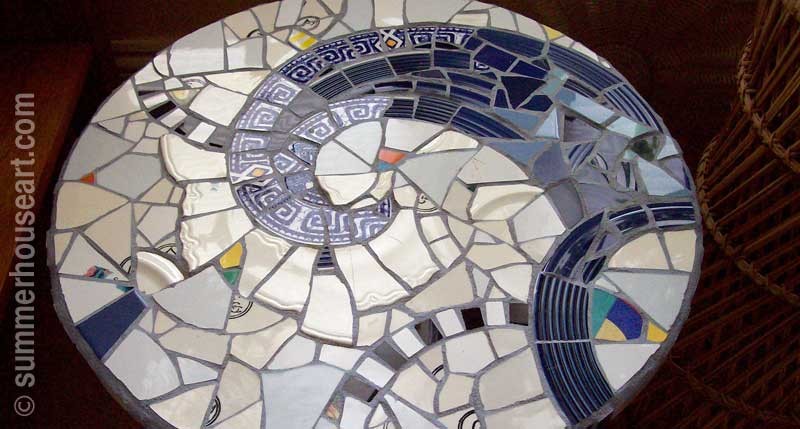